Nimix is scheduled to unveil a lineup of new song releases and projects under his new family. One of which is Hasinibu

Likewise HASINIBU is Now Out On All Digital Platforms

Hasinibu by Nimix featuring Ada Ehi is a great song. Its a song that speaks of how big God is and how bigger than what we think he is also.

Nimix – Hasinibu is now out on all digital platforms and it’s definitely a hit song.

Following the latest of events and musical trends in the gospel music industry.

Freenation Inc takes on a brand new artist under her label with the official signing of Nigerian Urban contemporary gospel artist Nimix.

Freenation is the music label home for Award Winning Gospel artist Ada Ehi. Now it officially welcomes a second artist to the family with the signing of Nimix.

He went on to create a musical comical video which went viral on Social Media in June 2020. It gained over 9.5million Tiktok views and interviewed by BBC Africa.

Nimix is a versatile producer who has worked with artists such as Nosa, Joel Amadi, Henrisoul, Dj Ernesty, Oche, Nikki Laoye and a lot more.

The newly signed artist is the second to be signed by Freenation Inc which is likewise a successful music label. Nimix becomes the first label mate to one of Nigeria’s most popular and outstanding gospel artiste Ada Ehi. 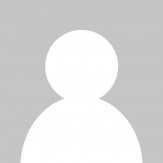 Ada Ogochukwu Ehi, simply known by her stage name Ada Ehi, is a Nigerian gospel singer, songwriter, recording and performing artist. She started her musical career at the age of 10 as a backup singer for child star,